A luxury villa has almost every successful person, a luxury vehicle as well as a deluxe girlfriend, but a luxury yacht has just no one. Yachts are an attribute of success, every successful man has. It uses it as a wonderful form of relaxation as well as a compensation for its success. The yacht we introduce is not for any entrepreneur, it is an investment of $ 300 million.

Owning a luxury yacht for billions is the same feeling as owning a successful football team. Besides, many billionaires own both. It is an experience that can not be expressed in words. Unfortunately, this experience will be enjoyed only by those “chosen” by the lucky ones who are not afraid to realize their dreams in the big one.

The yacht, called “Nirvana,” was designed by Sam Sorgiovanni and was built by Oceano. It is the 39th largest yacht in the world. Every centimeter, her huge body, is luxurious. It was made in 2012 and its length is 290 feet. With a powerful engine, this colossus can travel the sea at speeds of up to 22 miles per hour.

The asking price for Nirvan is 230 million euros, or about 300 million dollars.

Every entrepreneur started somewhere and most of them started from scratch. Will the idea of ​​a yacht come just like a dream? Our Western neighbors do not consider it a dream, many of them have their yachts. It does not have to be a super-luxury and luxurious yacht for fabulous sums, but an ordinary yacht, for which it will pay “only” a few million and can indulge in easy-going cruises at sea.

When traveling to seaside destinations, hundreds of yachts can be spotted on each shoreline, each one of them, and everyone is asleep with satisfaction. No wonder rich and famous wear a photo of their yacht in a wallet just next to a photo of a woman who sits between a Mercedes photo and a luxurious villa on the Côte d’Azur.

Interesting though, most people wear a photo of the dream thing before they own it. That’s ridiculous? No, every look at the dream dream photo slowly approaches us to get to the dream destination as quickly as possible. Few dare to put a photo of Nirvana in the wallet, but each goal is worth something. 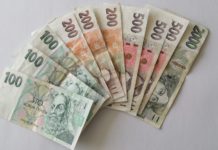 The most common mistakes in investing

How to save on Christmas? 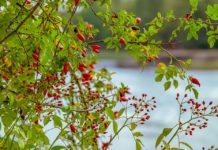